Fintech positive affected in traditional bank business model in ecosystem. Meanwhile Fintech evolutions significant positive affected the business development process in Malaysia. Although, there was growth trend of the e-money for last 10 years and increment on mobile account subscriptions but there was still slow on Fintech adoption in banking sector. Besides that, banking sector played as important role to support local economy growth and built brighten environment to continue compete in the market.  But the trend of the Fintech development in Malaysia still slow showed that the Malaysian not ready in the Fintech transformations. Malaysian still liaised on the card system and traditional banking system compared to mobile banking or e-money. Furthermore, the banking sector less promoted financial products and services through mobile banking instruments and e-money channels. There were lacked of approached from the users and local banking sectors.

The consumer market in Malaysia still in the transition process towards an emerging market and e-commerce system was still under development. It was noted by United Nations Statistic Divisions that the majority consumers in Malaysia, with 29.6% under the age of 15, 65.4% between 15-64 years old, and 5% is above 65 years old still using physical cash. The highest mobile account holders were those young adult group among age 15 to 24 years old World Bank, 2017) as Figure 3.1. Issues of why the Malaysian people less used on Fintech services although digital payment has developed and efficient in payment process.

As mentioned in earlier, when developed countries grew in Fintech, developing countries

However, there were issues that became the weaknesses for Malaysia in establishing a robust digital payment market. First, Malaysia was developing nations with majority of the population did not come from well off background. Therefore, there exists lacked of awareness among these people about the benefit and threats of using digital payment and affected the growth of Fintech. Raising awareness among the masses through conducted nationwide financial and technological literacy programs focused on the use and benefits of digital payment could improve on the Fintech adoption. Second, digital payment brought a number of prospects to Malaysian but at the same time it posed some challenges which needed to be addressed by the authorities of respective countries. It was perceived that switching from current payment methods to entire cashless payment methods overnight might not be feasible but continuing progress in payment systems for technological assistance would undoubtedly increase social access to cashless payments. While the introduction of one form of cashless payment would affect another form of cashless payment. In the short term, the effected of cashless payment introduction on economic growth could be considerably observed in the end.

Besides that, better economic progress might encouraged government to increase some investment in infrastructure related to electronic transaction system. As digitalization created financial revolution, the promotion of digital payment provided a tremendous opportunity for Malaysia to grow in economy significantly. Moreover, Malaysia has relatively steady GDP growth rate from 2012 to 2018. It revealed that due to economic progress people enhanced their purchasing power which lead to increase consumption. In cashless economy, the willingness of consumers’ purchasing played an important role and could increase the frequency of using digital payment. Another big prospect for Malaysian digital payment adoption liaised with the increasing population of Malaysia. Increased in the growth of population created more demands. Malaysia transformed to a digital state and the number of smartphone and internet users are increased since year 2012. The trend of increasing on internet and smartphone users expected to propel the use of digital payment usage in future. It also assumed that digital payment could play vital role to check public service irregularities such as public financial scams and thefts. This contributed to strengthen public policy implementation in the country and the beneficiaries of public service received direct benefit through digital payment. The cashless practice might reduce crimes such as bank robberies and mugging to a significant level. There was possible of fraudulence in using digital payment too but as the transaction recorded there was an option to track the event and took immediate measures which was in general not possible in a paper currency transaction case.

Despite having a number of prospects of promoting digital payment in Malaysia, it observed that the use of payment services was still insignificant due to its technology-based functionalities. The uneducated masses, even many of the educated people failed to understand the functionalities of electronic payment system. Therefore, they tended to avoid using this platform. Users might not fully understand and accept the complex process of electronic payments. Due to lack of adequate knowledge on how to use electronic payment gateway, they were vulnerable to fraudulence and theft by the criminals. In Malaysia the dynamics of using credit card has changed with the increased use of smartphones and internet. This has fostered the development of use of digital payment services in the country. However, the existing IT infrastructure was not adequate to satisfy the bulk demand in the future. Studies showed that the lacked of central infrastructure may be due to the low adoption of cashless payments, which currently account for just 5% of total daily payments in Malaysia, following initiatives taken over the last two decades.

Simultaneously, when all the financial transactions depended on technology, there also led to the risk. Therefore, Regtech start-ups was crucial on Fintech regulations and also protection the Fintech usage between consumers and providers. Regtech played an important role on guidance, monitoring and proper reporting on Fintech usage. Thus, Fintech has contributed the advantages and disadvantages in financial sector compared to traditional financial sector management on business and products. Although Fintech created new business opportunities and facilities on transmission information across the countries but the products and services provided by Fintech could be challenging to the business development process. Hence, Bank Negara Malaysia (BNM) and Securities Commissions (SC) together paid efforts on the Regtech to protect the consumers and well development in financial institutions. BNM and SC has played an important role in Regtech to guide on the application programming technology (API) requirements and guidance as shown below. Meanwhile, BNM has launched the electronic Know-Your-Customer on June 2020 to reduce human need intervention as Figure 3.2.

Fintech and Regulatory in 2019

In summary, Fintech played an important role locally and globally. It was not only brought a lot of convenience and benefits to individuals or organizations, but the country’s economic prosperity and the widespread use of technology made the country increasingly developed. Fintech connected people from individuals to a larger network, and organizations also built their network products and services into a wider range of services for the global market. Fintech provided a wide range of financial services in financial services, manufacturing and other industries, and even education, health and other industries. Although Fintech created many challenges in regulations and traditional business models, Fintech has important multifunctional used for the development of global finance. Improve cyber security and privacy laws:  The governments should made some laws to protect consumers and businesses. For example, in the first place, laws concerning network security were made to severely punish criminals. Because network security was directly related to the interests of users, a network system without security was difficult to attract users. Secondly, users and providers needed to pay attention to the protection of users’ data privacy, so as not to be used by illegal enterprises. For example, some companies often tried to obtain customers’ mobile phone numbers, and then carried out telemarketing business. However, telemarketing would affected certain troubles to ordinary people’s lives. Fintech was a financial tools to access multiple financial activities such as investments, portfolio management,  personal and SME loans, digital payments, online transactions, mobile banking and others electronics transaction across the world. Therefore, government might considered the strategies on further promoted the e-payment channels to Malaysian and banking sectors. Advance program on promoting digital payment system and awareness among the Malaysian and banking sectors to improve the adoption rate. 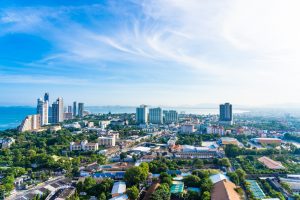 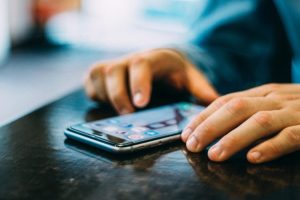